Stella (Give A Dog A Name) 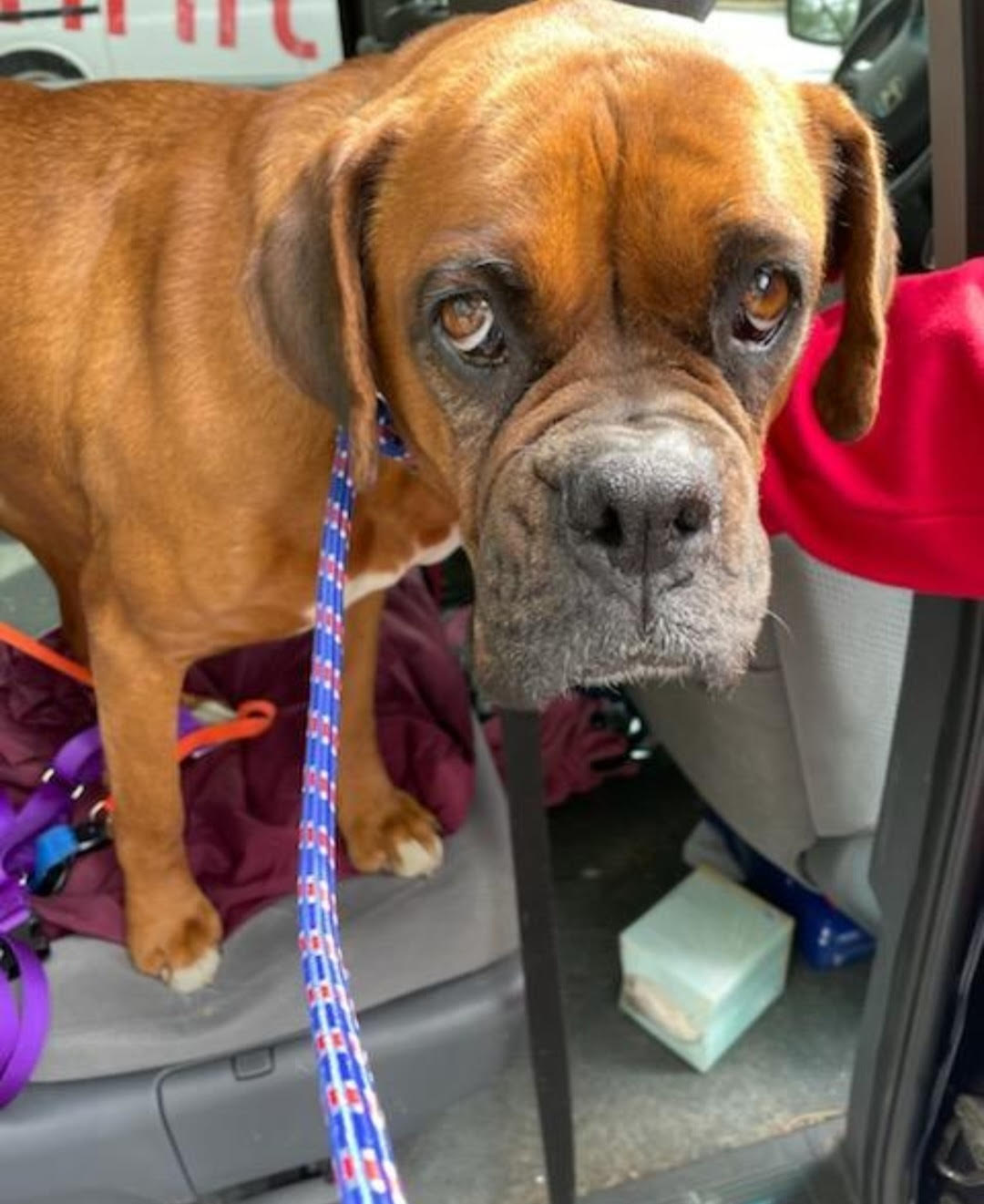 Message for “Name a Dog” donation:
We had our beloved Stella until she succumbed to her kidney disease. She endured many IV treatments and life prolonging procedures – she was a fighter! In the end, she was tired and we had to let her go. We would like to honor her by giving another “fighter” her name and her will!
– Cherie Danko

11/21/22
Stella will be moved off medical hold and her adoption will be finalized soon with her foster home. She has healed well from her recent surgery and is much more active and outgoing in her foster home.

8/25/22 – Medical hold
Stella was seen at the oncologist for consultation regarding her adenocarcinoma. Stella’s tumor was malignant and an ultrasound revealed that it had spread to one of her lymph nodes. She will be scheduled for surgery soon to remove this lymph node and have it biopsied.

6/17/22 – Medical hold
Stella has been spayed and a large mammary mass was removed. The vet discovered that she had both pyometra (infection in the uterus) and mucometra (fluid in the uterus). Her mammary mass was sent for a biopsy and we received the news from the vet today that it came back as a grade 2 mammary adenocarcinoma. She will be scheduled with an oncologist soon to determine how to proceed.

5/11/22
Stella is doing great at her foster home. When she first arrived at the end of March, she was very thin and was recovering from a bad case of kennel cough. Stella has fully recovered and will be getting spayed soon. She will have some mammary lumps removed when she is spayed. Stella has been eating well and is gaining weight. She is not comfortable with the crate, but does fine when left alone with free run. Stella has learned her name and some basic commands. She does have a very high prey drive, so would do best in a home without cats. Stella has been wonderful with all of the people she has met. She is a very sweet and loving girl. Stella will be ready for adoption after her upcoming surgery in a few weeks.

4/13/22
Stella was found as a stray and was picked up by the shelter in WV with a smaller dog. She is estimated to be around 4-5 years old. Stella did well with other dogs at the shelter. She does not have a history around cats or young children. She just arrived at her foster home in Maryland and is settling in well. 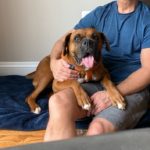 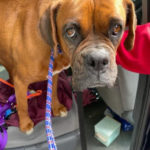 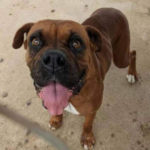