3/06/22
Buster has settled in with his foster home seamlessly. He is the perfect houseguest! Buster absolutely loves to play with other dogs of all sizes. He shares his toys very well and is a good friend to all. Buster loves meeting new people and showing off his best wiggle dance. He is in foster care with two medium sized dogs, a bunch of cats, and even has play dates with other rescue pups. Buster would love a home of his own and a family that loves him.

2/14/22
Meet Buster! He was surrendered to rescue in hopes of him finding a better life. Buster was raised around children, little dogs, large dogs, cats, goats, chicken, and sheep. He is a very well rounded, social, active, young boxer. He enjoys making everyone he meets smile. Buster would thrive in a home where he would not be left alone for several long hours a day. He likes to be busy playing with toys, wiggle butt dancing, and being adorable. 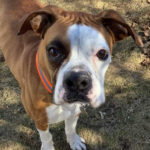 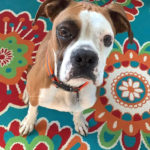 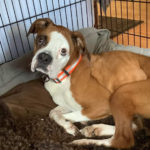 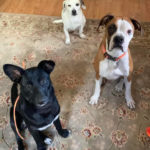 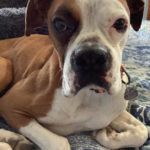 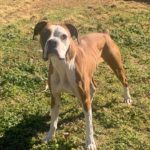